PALM SPRINGS, March 23rd 1985 — Reggie Jackson and Brian Downing were involved in an altercation with an unidentified man following the Angels’ 8-1 exhibition victory over the Cleveland Indians at Tucson Friday.
The incident took place in the parking lot at Hi Corbett Field as Jackson and Downing were preparing to return to the Angel training base at Mesa, Ariz.
Jackson, reached by phone Friday night, said he was merely responding to the man’s belligerence by trying to restrain him. He said no punches were thrown and that the man ultimately apologized as he and Downing left in Downing’s car.
Witnesses told the Arizona Daily Star that the man had heckled Jackson throughout the game and continued to do so in the parking lot. They said that while there were no punches, the heckler suffered a cut lip, apparently in the jostling near Downing’s car.
by Brody D-Bag (name changed to protect the “innocent.”)
My buddies and I took a trip to Palm Springs in 1985 to get away from our wives, kids, jobs and the everyday hustle and bustle. I was working in real estate at the time and had the persona of a world class douche-bag. (hey, it was the 80’s!) We had been partying voraciously all week and had all downed a few “hair of the dog” bloody marys that morning before Dave looked in the newspaper and found that the Angels were in town for Spring Training.
“I want to see that .220 hitting son of a bitch play!” Dave screamed as he buttoned his Hawaiian shirt.
I knew who he was talking about– Mr. Hot Dog himself, Reggie Jackson.
We all climbed in the car, eyes bloodshot and ready for some beers, sun and some good times. Of course, we parked ourselves in the right field bleachers and proceeded to heckle Jackson mercilessly, as only 10 year olds can. FINALLY in the 8th inning, he turned around and gave us the finger. It was a triumphant moment of immaturity.
After the game I approached Reggie in a drunken stupor in the parking lot and tried to shake his hand.
“You and your friends were the assholes in the bleachers!” he said as he grabbed my wrists and shoved me to the ground.
Jackson then jumped in fellow player Brian Downing’s car and they sped off. It was later reported that I was shoving kids and offered him cocaine…in Spanish. I am not proud of my actions and have always regretted every moment, but that statement simply wasn’t true.
I don’t even speak Spanish. 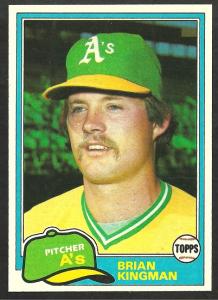 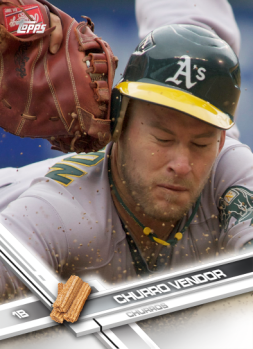